The local services in your area include:

Physiotherapy for MSK conditions involves the assessment and treatment of muscles, tendons, ligaments, bones, spinal discs, nerves and other structures to keep you moving.

In some cases, your GP may refer you to PhysioLine; a contact and assessment service completed over the phone by a Chartered Physiotherapist. PhysioLine has proven to be an extremely effective way for patients to speak with a physiotherapist quickly (usually within 2-4 days) and start managing their problem straightaway. By using PhysioLine you can access specialist guidance and support, while causing as little disruption as possible to your normal routine.

Our Clinical Assessment and Treatment Service (CATS) is designed for people for whom physiotherapy is not appropriate. This could be for a number of reasons; it could be that their physiotherapy treatment has not been successful, or that their diagnosis is unclear and they need further, more specialist intervention. The CATS service can also order diagnostic tests, such as MRI scans or X-rays if appropriate.

Our 1:1 rehabilitation sessions are for patients who need to improve their flexibility and strength following injury. Set in a gym environment, our Rehab Therapists will tailor individual programme and set goals to help progress rehabilitation and show you the benefits that exercise and movement can have on your recovery.

GP Physio Direct (GPPD) is a new service, offering patients quick, direct access to a face to face appointment with a physiotherapist at their GP surgery. The aim of the service is to reduce GP’s workload and allow patients quick access to musculoskeletal (MSK) specialists in primary care. When requesting a GP appointment at their surgery, patients determined to have an MSK problem will be offered the opportunity to see a physiotherapist within 2-4 days 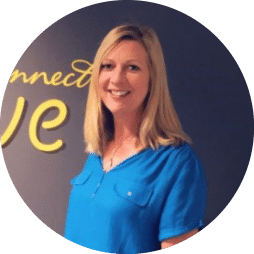 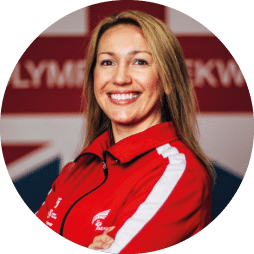 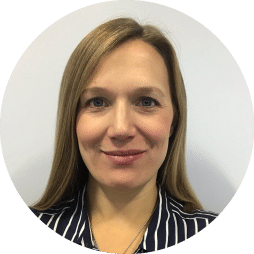 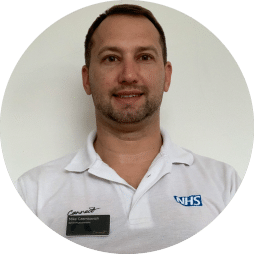 Sam joined Connect in 2000 and is currently Regional Manager for the South Tyneside, Darlington, Northumberland, Wakefield and North Kirklees MSK contacts. Previously, she was Service Manager for the 3 North East MSK contracts, responsible for line managing the Team Leaders in the service and managing relationships with the practices and CCGs. As well as ensuring key performance indicators for the services are met and our team are happy, supported and well informed.

Since joining Connect, Sam worked clinically for the first 10 years within the NHS services and Occupational services whilst taking on more managerial responsibility. Sam was involved in setting up Connect’s first intermediate services in North Tyneside and also the first PhysioLine service in South Tyneside. Since 2010, Sam has worked as an Operational Manager at service level and also regionally, successfully mobilising many new services in the North of England for Connect. She has completed an NVQ in Leadership and Management, and courses including project management, financial management, account management and development and coaching.

Crystal joined Connect Health in 2017 and currently works as an Advanced Practice Physiotherapist (APP) in the Darlington MSK contract. She is the Service Manager, having previously been the Team Lead within the service with a 50:50 split of clinical work in CATS and line managerial duties for a team of APP’s, Physiotherapists and Rehab Therapists.

Crystal qualified in 2003 from Teesside University and went on to complete her MSc in MSK Advanced Clinical Practice in 2015. From her MSc dissertation she co-authored a publication which was published in 2018 in the Journal of Back and Musculoskeletal Rehabilitation.

Crystal has worked in the North East since qualifying and has a keen interest in sports injuries. She has worked internationally at competitions with both British Gymnastics and GB Taekwondo and was the GB Taekwondo 2017-19 Team Lead for the Development Squad based in Manchester.

Claire completed a degree in Biomedical Science before completing a Physiotherapy degree at York St John University and qualifying in 2009. She has worked at County Durham and Darlington Foundation Trust in a variety of roles before specialising in Musculoskeletal physiotherapy. She has worked in private practice and for Virgin Health Care and joined Connect Health in 2016.

Claire has completed courses in Supplementary Prescribing and Injection Therapy and utilises the injection therapy to supplement treatments with patients. She has worked as a Senior Physiotherapist for the past 4 years and progressed to working as an Advanced Physiotherapy Practitioner over the past 12 months. She has recently been appointed APP Team Leader of the Darlington team.

Claire has a keen interest in Pilates and has trained as a Pilates instructor and enjoys teaching classes and 1:1. She also enjoys running and promoting mental health and has previously worked doing pitch-side physiotherapy for local rugby teams.

Mike commenced his journey in sport and rehabilitation after achieving his BA in Kinesiology & Health Science, qualifying as a Sports Therapist and Personal Trainer in 2008.  He thoroughly enjoyed working in both sport and private/public rehabilitation in Canada, and continued this in London as well. It was always a dream of his to eventually train to become a Physiotherapist, thus he later went on to complete his Masters degree in Physiotherapy at Brunel University in London.

Prior to working at Connect Health, Mike worked in both the NHS and the Private Health sector of physiotherapy in London for a number of years. However, chasing a better quality of life, his family decided to relocate and settle down in the North East.

In 2019, Mike began his employment at Connect Health as a Senior Physiotherapist for the NHS Darlington contract. Mike accepted the new role as a Team Leader for the same contract in September 2019. This has consisted of line managing and developing an amazing team of both junior and senior Physiotherapists and Mike hopes to continue being involved with the Graduate Development Programme.

Mike recently moved from the Physiotherapy Team and joined the CATS service as an APP in January 2020.

On a personal level, career progression has always been important to Mike; in which he has set himself a goal of eventually working towards becoming an Advanced Physiotherapist Practitioner.

He has thoroughly enjoyed his time at Connect Health so far, and looks forward to developing his team and expanding the service. Mike is excited and eager to take on this new challenge and progress within his professional career.

Ongoing support
View videos, exercise guides, fact sheets and resources covering all areas of the body as well as falls, rheumatology and pain.

Your care in one place
Online portal enabling you to manage your NHS appointments with one click from your smartphone.

Digital tools to help you
PhysioNow is a digital self-assessment tool that helps you rapidly get the best care to manage your symptoms or injury.

Our APP Team Lead explains why you should join Connect Health! Take a look at some of the benefits below!